By Tzadakah on February 8, 2013 in Personal Development for Smart People
0
SHARES
ShareTweet
Subscribe

BECAUSE IMAGE IS MIRRORED BEFORE LIGHT

The mind is a mirror. The world for oneself is the mind for oneself. The two are one. One is not two.

What is projected onto the mirror will be reflected from the mirror. Experience reflects outward from what was inward.

Life is an illusion of mind. There are no tangibles. Instead, there are images.

Images result from prior projections. Projections are finite, while the source of projections is infinite.

Reflections began at one time and have continued until now. They are ever unfolding. Nothing can be new.

Things can only be a reflection of a prior projection. Reflection and refraction are concepts for understanding.

Possibilities are finite. Time is non-existent and empty. Reality exists in the source of light. Darkness comes before light and light follows darkness.

The reverse is true for things in nature. Here, light is refracted.

Images are reflected. Perpetually, reflection increases and decreases. But there is balance.

The ultimate aim is to return all light to its source. Yet, when this occurs, there will be void.

When the source removes itself from the scope of being, there will be nothing.

Everything is nothing except that which is all. All is not divisible, but can be viewed infinitely. By light unfolding and folding the balance is maintained.

One should see this in ones life. One can bring about good things, through good actions. Through actions that benefit others, one derives benefit for oneself. 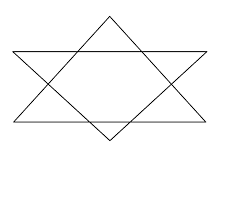